Planning a Trip to Botswana 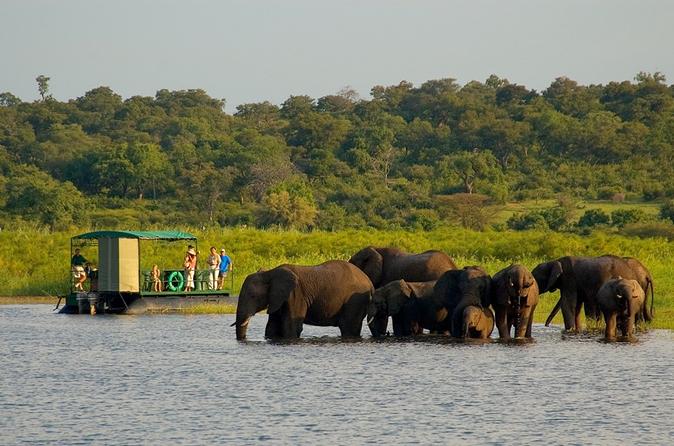 The Chobe National Park is known to be the first National Park of Botswana. Housing a great population of wildlife, the park has the maximum concentration of elephants. The diverse biological ecosystem makes the Chobe national park, third largest national park in Botswana. The riverfront, delta of Linyanti Marshes and the remote region of Savuti makes Chobe a land of diverse geography that supports the dense wildlife. Covering the area of 11700 square kilometer the reserve beholds the Chobe River that is also one of the beautiful rivers in South Africa. The Chobe riverfront is the main lifeline supporting the wildlife of Chobe National Park. The Cape buffalo and the herd of elephants can be spotted easily near the waterfront area especially during the dry seasons Taking about the wildlife dwelling at the Chobe National Park Botswana, there is a large population of waterbuck, the endemic puku, lechwe, giraffe, roan, kudu and sable, baboons, impala, warthog, monkeys and bushbuck. The park records the birdlife exceeding up to 460 species. There are predators like the leopard, lion, hyena and jackal residing as the part of wildlife dwelling in Chobe National Park. 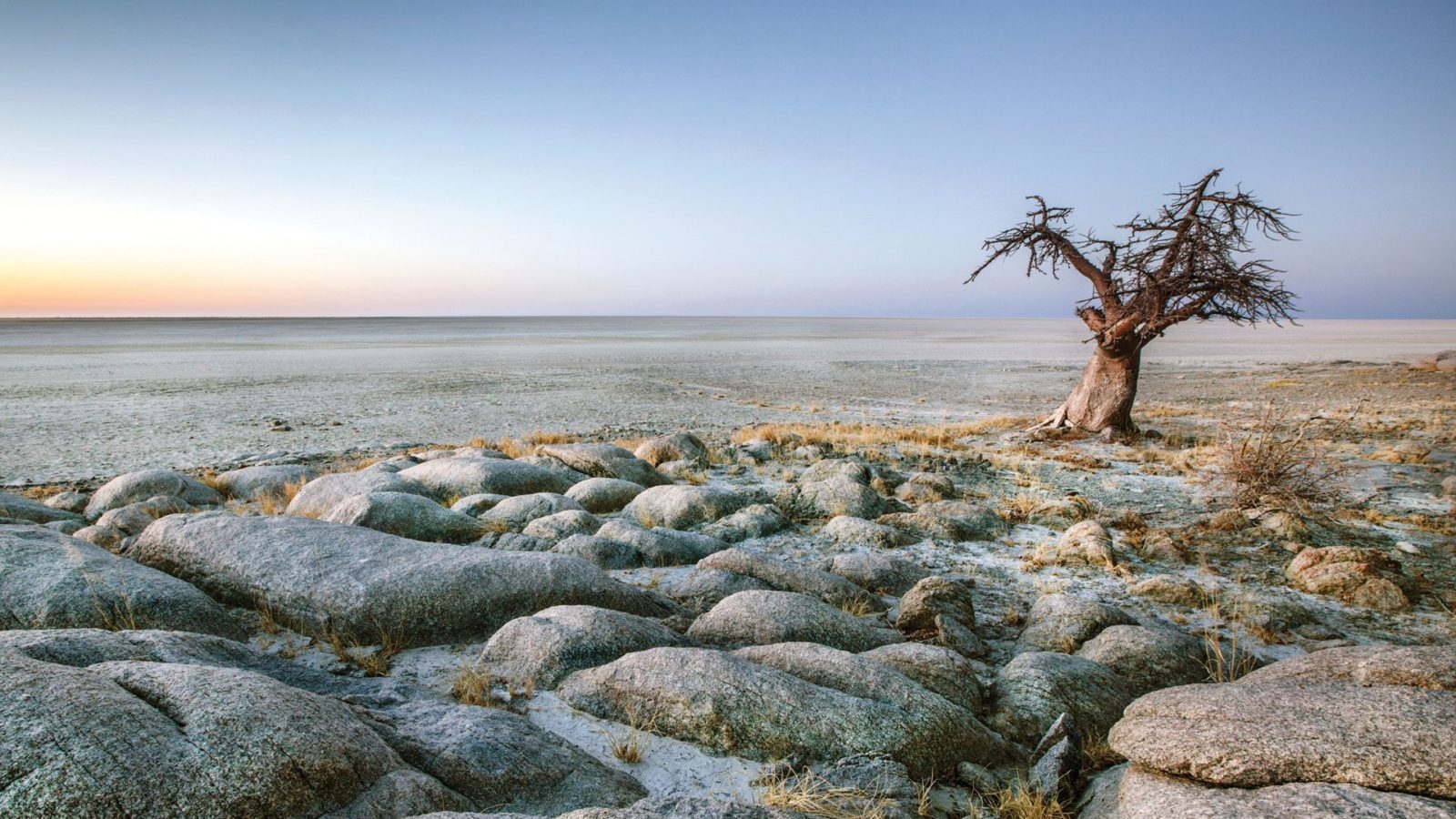 Situated in the middle of the dry savanna of the north-eastern Botswana, the Makgadikgadi Pans covers approximate 12 000 sq km and is the largest salt pans on the planet. The park comprises of nutritious grasslands, attracting thousands of animals. It is one of the unique sights in Africa which has now become a common tourist attraction in Botswana. The Makgadikgadi pans are the remains of a once ancient lake and now form part of the route of Southern Africa's largest remaining migration. The rainy season in the national park is a sight to behold as you can see the pans come to life with water birds and great herds of game. Travelling to Botswana would be incomplete without your visit to the Makgadikadi Pans national park. A tour to this mystic land and across the desolate pans, will allow you to experience the ancient glamour. With surreal landscape and breathtaking view, Makgadikadi Pans national park in Botswana is a true delight and worth experiencing. Travellers can expect something unusual from this part of Botswana and get to know more about the African wilderness and scenic view of the park. Guests can stand on the spot of the mighty Zambezi River that stands on the extraordinary and lunar landscape. 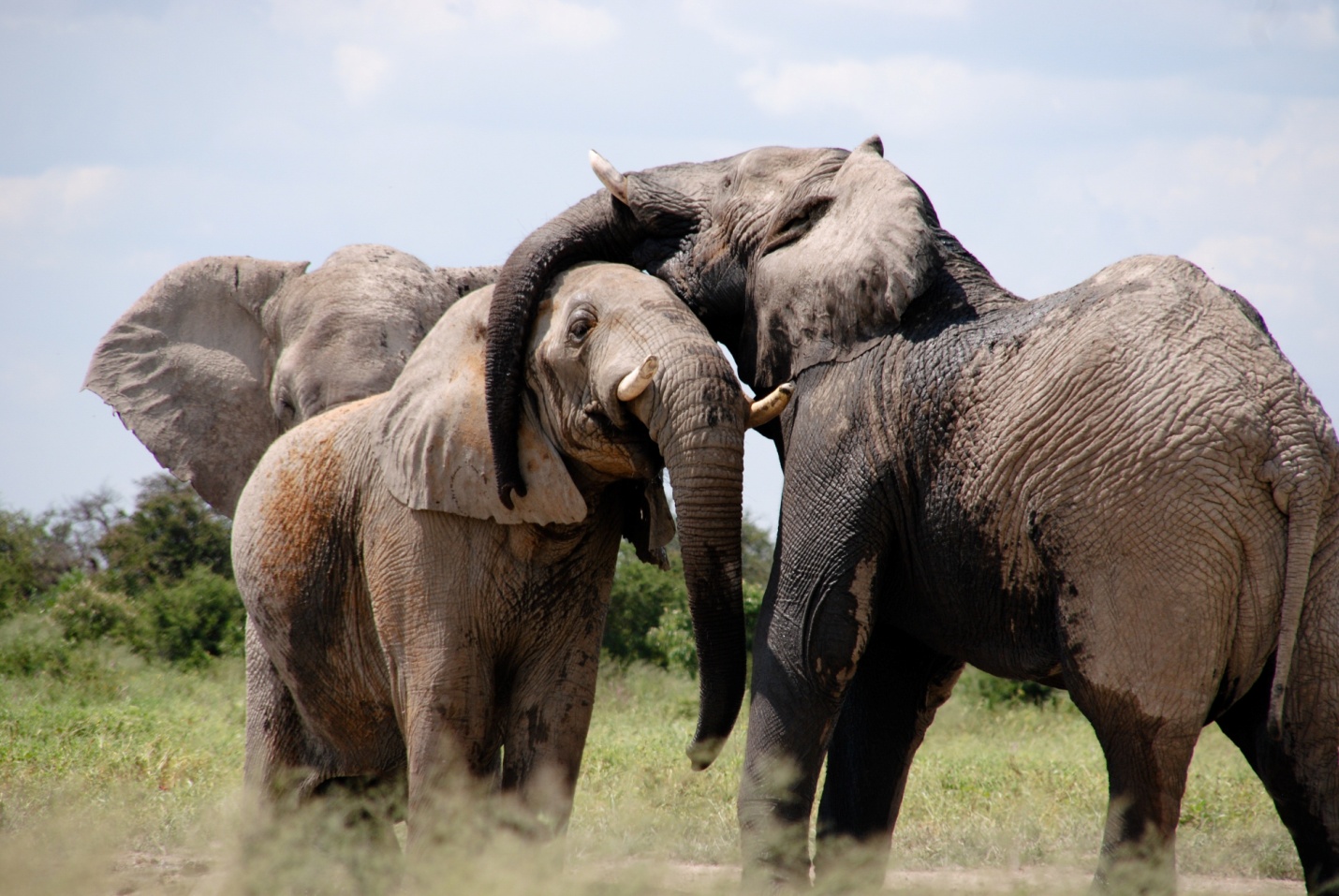 Maun, the tourism capital of Botswana lies on the southern fringes of the Okavango Delta and is one of the famous tourist attractions in Botswana. The city of Maun is the third largest in Botswana and it is a perfect mix of modern buildings and native huts. This dusty, sprawling town in Botswana’s Wild West is now the safari capital of the country. Being the tourism capital of Botswana, there are shopping malls, banks, restaurants, a few hotels and some happening bars. Maun is the administrative centre of Ngamiland and is also the headquarters of numerous safari and air-charter operations. Straddling the banks of the Thamalakane River, the town of Maun serves as a getaway to northern Botswana. Home to over 30 000people, the town was founded in 1915 as the tribal capital of Batawana people. This town is infamous for huge number of donkeys and to lesser extent, goats. While in Maun, you can enjoy wildlife and wilderness by day and by night you can watch high tech DVDs or just take a stroll into old government offices which reflects the colonial era. The timeless Thamalakane River meanders lazily through the town, setting the scene and mood for what lies ahead. 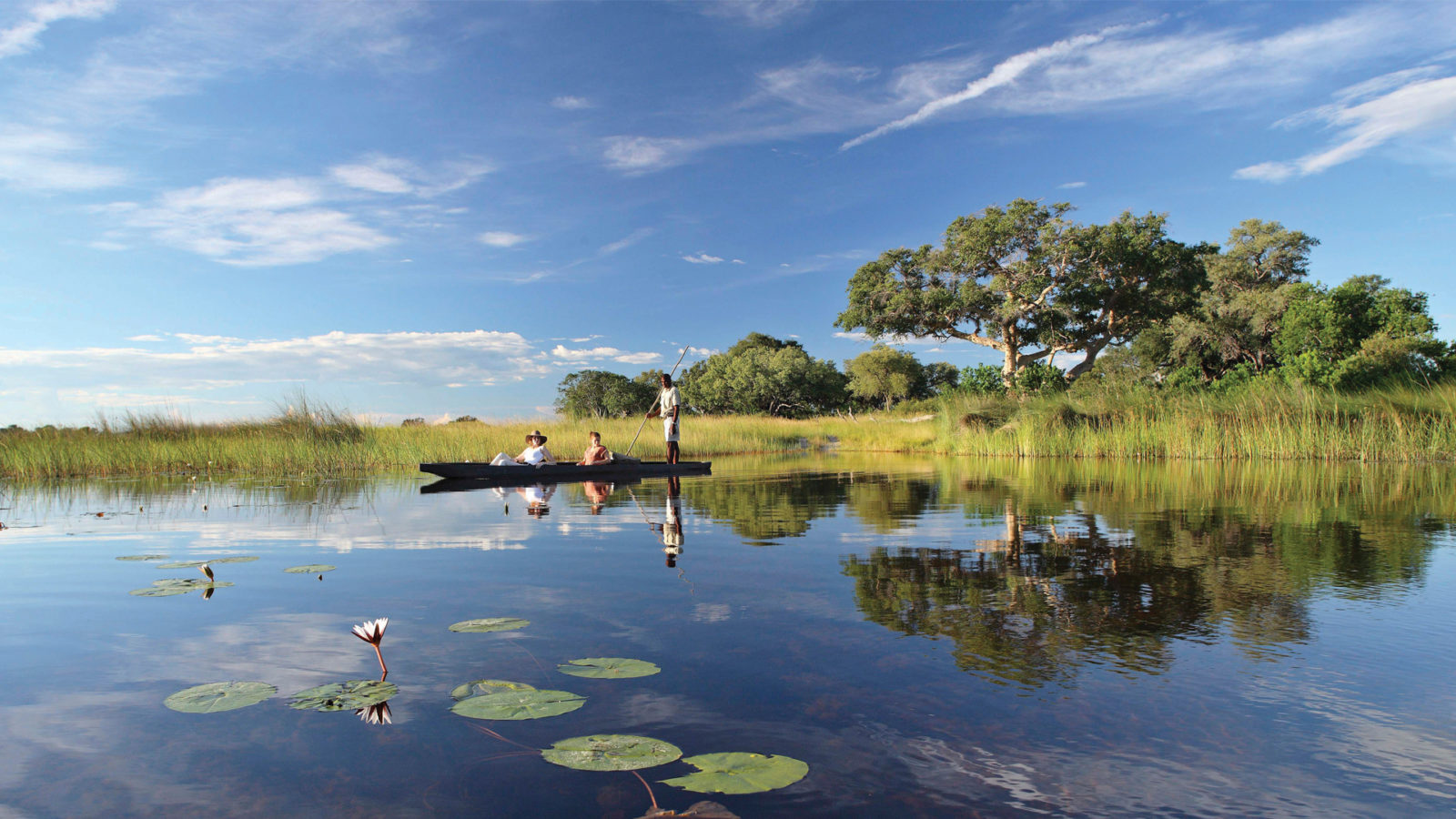 Botswana’s Okavango Delta listed as the UNESCO World Heritage site in 2014, is known for its wildlife protection and management. Lying in-between the Moremi Game reserve, the delta covers an area of around 15000 sq kilometres, stretching the boundaries to the Kalahari Desert. The deltas of Okavango are basically the marshlands that are seasonally flooded with water during the months from March to July. The season coinciding with dry Botswana helps the wildlife to migrate to the delta flooded with the flood water maintaining an ecological balance. The diverse wildlife with endemic flora and fauna makes the region perfect for a safari tout at Okavango Deltas. The population of endangered species like the black and white rhino, African Dogs and the predators like cheetah and Lion can be spotted during the Okavango Delta safari. Being the centre of attraction for its diverse ecological and geographical features, the deltas have added much to the tourism industry. The landscape and the entire ecology of Okavango delta flaunt the pictorial beauty that attracts the tourist especially the photographers. One can find a number of accommodation options all from the resorts, campsites and lodges at Okavango Delta.