Planning a Trip to Port Louis

Mauritius travel package brings you the most cultural and historical city of Port Louis that is also the capital and economic centre of the Island. This is one of the largest city housing around a population of 200,000. The harbor plays an essential role in building up the economy and business for the development of the entire island. With the buzzing city life and the cultural history preserves, Port Louis is the major attraction in Mauritius. There are market areas, and historical places that lure the travels across the globe. While Mauritius is known for the beauty of the beaches and the scenic seashores, the Port Louis city offers a diverse touch of beauty and attraction to explore. The streets here boast the vibrant stalls and a collection of indigenous art, handicrafts that one can get as a travel souvenir. The city can be referred as the soul of Mauritius as it houses the magnificent old forts and museum preserving the colonial history of the era. Founded by the French governor and pioneer in 1735, Port Louis history ate backs to the era when the entire Ilsand was possessed by the French government. The fortress, the Citadel built in 1838 is the oldest living structure here that one must not miss during the Mauritius tour to Port Louis. There is Anglican and Roman Catholic cathedrals, colonial-era Government House, Caudan Waterfront area a number of entertainment sites that makes Port Louis a perfect vacation destination of Mauritius.

Places To visit In Port Louis 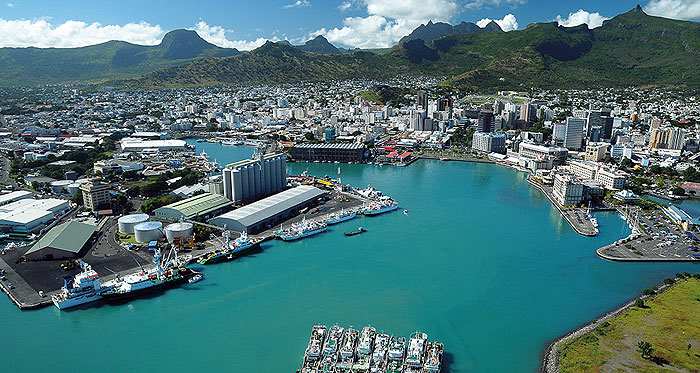 On the shore of the Indian Ocean is the Port Louis Harbor that provides a shipping route to the port cities of Africa, Europe and Asia. The harbour houses a commercial zone and waterfront area that attracts the tourist with the luxury hotels, cafes and eateries. With the banks and offices built around the Caudan Waterfront, the harbour region is ideally the commercial spot that stands as the economic pillar of Mauritius.

The Fort Adelaide stands on a hill at a relative height to overlook the entire Port Louis. The spectacular panoramic view from the height of 240 feet and the ancient beauty of the ancient fort makes it a must visit attraction of Mauritius. Ageing since 1832, the fort was built in a span of 10 years and is also called La Citadelle. The purpose of the fort was to protect the harbour from the French settlers with the increasing possibilities of civil war. 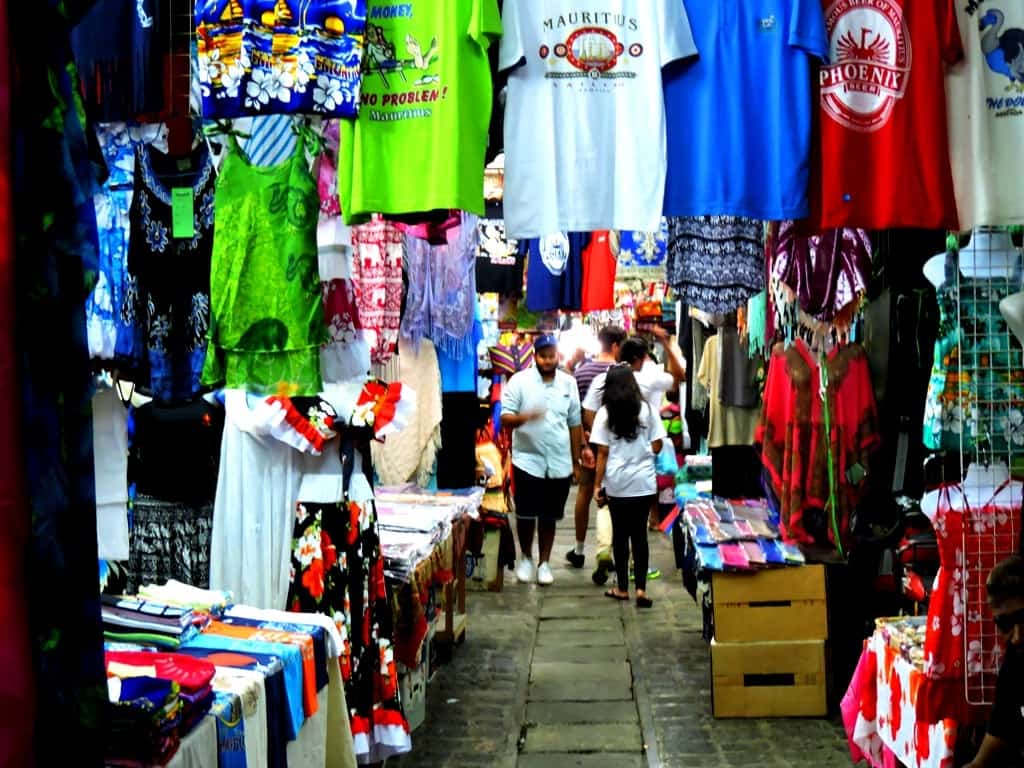 The central market is a major attraction for travellers on a Mauritius tour. With the eateries and cafes, the luxury hotels and the art galleries, the market region is an ideal place to shop some souvenirs. Spend some leisure moment, explore the best café and the most tempting food of Port Louis. You can even get some herbal medicines and Chinese endemic herbs or aphrodisiacs in the Central Market. 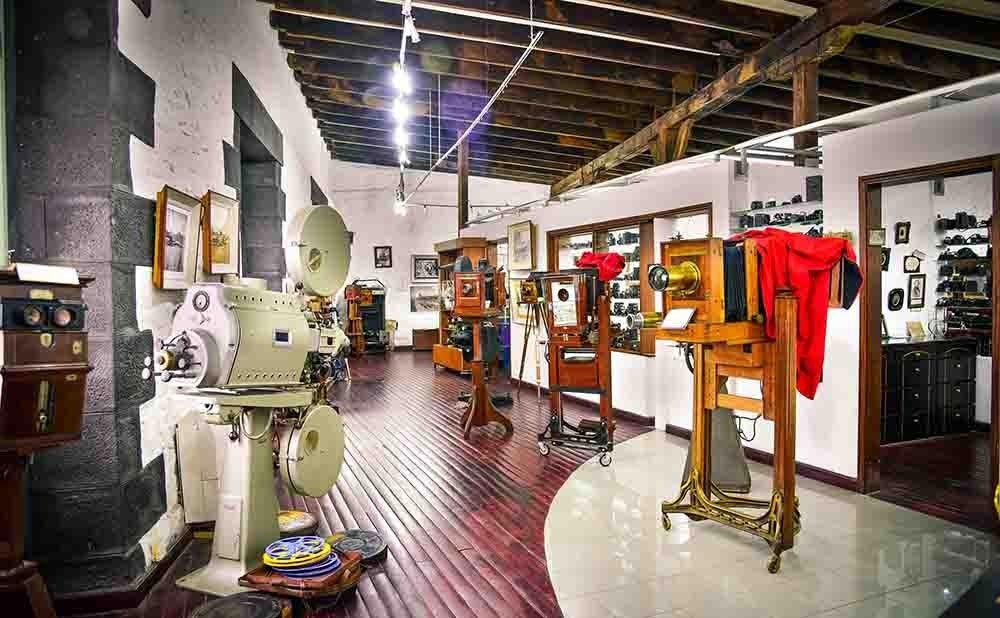 Discover the history and the culture of Mauritius here in Photographic Museum that shows you the development of photography and the gears from the ancient era. The museum houses the 1st photograph with all the printing machines, cinema projectors, contemporary photographs and a lot more. You can discover the collection of around 1000 cameras and 9000 postcards and the family photographs of natives who dedicated their life for the country. 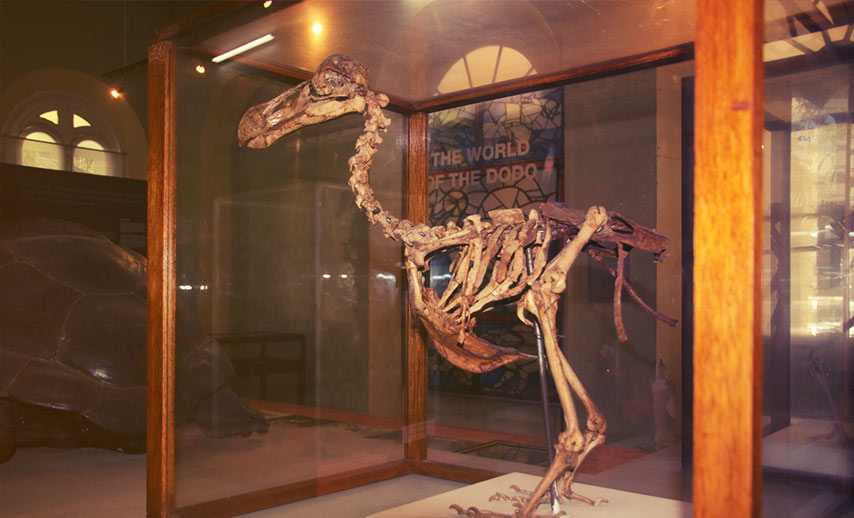 To experience the colonial era, visit the Natural History Museum of Port Louis that is one of the best attraction in Mauritius. Learn about the flora and fauna of Mauritius with the species that are endangered, endemic and even extinct. There are replicas of the famous Dodo of Mauritius and other reptiles, shells, butterflies and corals that have extinct by the course of time. 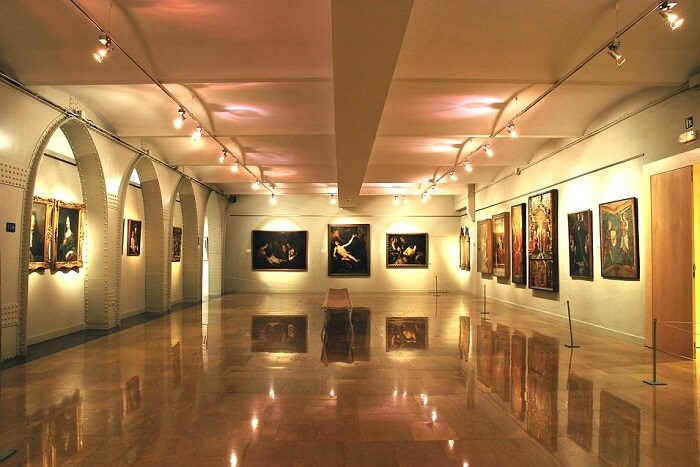 With a collection of heritage and history of Islands in Mauritius, the Blue Penny Museum was opened in 2011. There is a collection of paintings, engravings, sculptures, marine maps and maps that will let you learn more about the history and the culture of Mauritius and its Island. Discover the history of the French and British colonization period with the Dutch era preserved here.

The historical attraction of Mauritius, La Place D’Amres is a shrine enclosed by the Bottle Palm tree and magnificent statues. The place is dedicated for worshipping the French Catholic priest and missionary Père Jacques-Désiré Laval. He converted 67,000 people into Christianity over his 23 years of span in Mauritius.

Port Louis is best to be explored during the month of May to November. Although the city experience a year-round temperature that is pleasant and soothing but the cold and dry season is preferred best for the tour of Port Louis.

The radiant days and the dry atmosphere make the temperature immaculate to wander around the shorelines and investigate the blue oceans. The humidity is low with little precipitation that makes the city tour easy and enjoyable. Even the summers are hot and humid, the nights can be cooler and pleasant. Winters can be the best with less crowd and calm ambience for the tour to Mauritius.

Things To Do In Port Louis 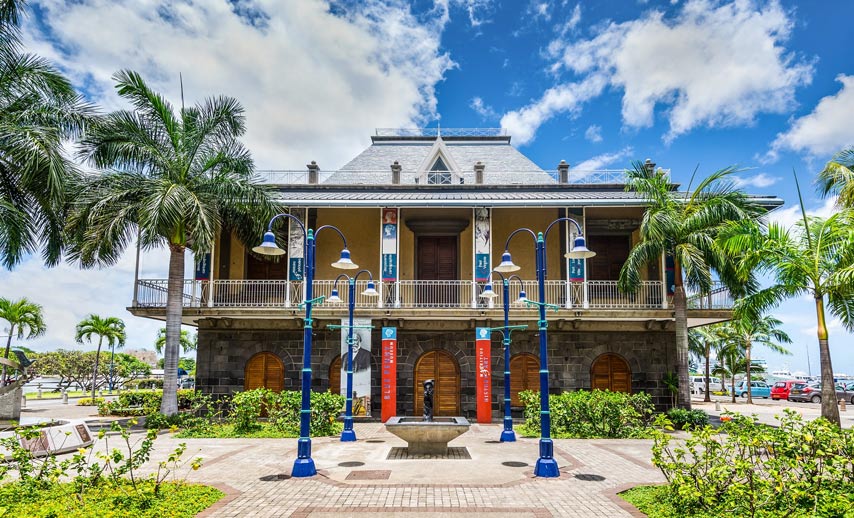 A museum tour in Port Louis is the best thing to do in Mauritius while you are up on a vacation. The Blue Penny Museum, photography museum and natural history museum are some of the best museums preserving the history of the colonial era and the culture prevailing since the ancient era. You can discover the extinct flora, fauna, the ancient map route and a lot more while discovering the history. 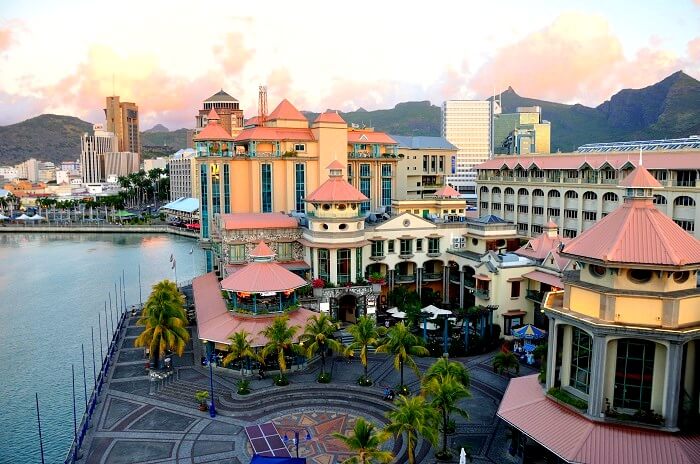 For all the shopping, lunch, dinner and entertainment, the waterfront area is the best place where you can enjoy a leisure tour. The Le Caudan Waterfront houses a number of stalls, and shops, cafes and restaurants serving everything you are looking. The La Caudan Waterfront Casino is where you can spend the evening playing casino and grabbing the exotic drink.

Experience the culture and art of Chine while you are on a vacation in Mauritius. The Chinatown of Port Louis is the ideal place where you can discover the lifestyle of rich mercantile of the Chinese community. There are Chinese restaurants and grocery stores run the Chinese dwelling there from where you can shop. 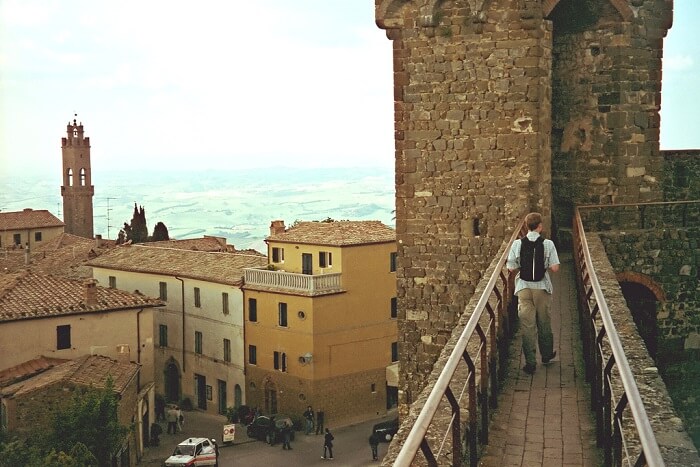 Discovering the history of Port Louis

With the fort and some museums, Port Louis is the place where you can discover the history of Mauritius from the era of French Possession. The old fort like Fort Adelaide and Citadel are the place that preserves the ancient history and offers you a tour to relive the era. The architecture and the panoramic view from the forts make them the best attraction of Mauritius. 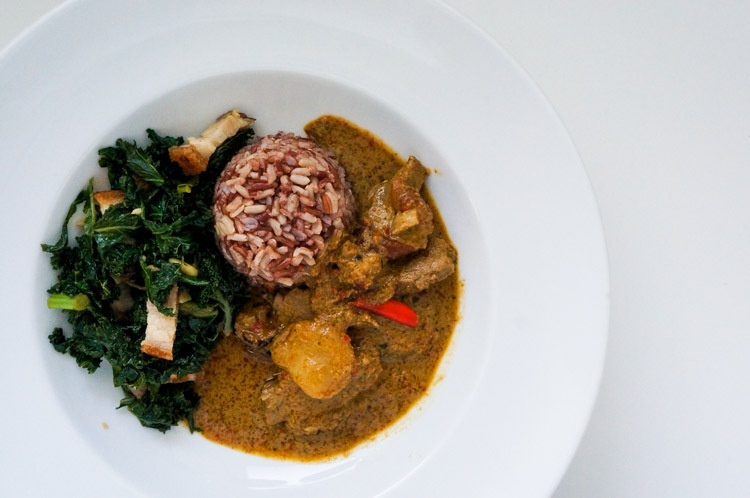 From the French cuisines to the Mauritian food and Chinese dishes, Port Louis is a hub for foodies where you can taste a number of dishes. Make your way towards the waterfront area or the central market, the Chinatown where there are some of the best eateries serving the authentic dishes. The duck Thai red curry is the best dish serves at the Yuzu restaurant.

How to Reach Port Louis

Port Louis of Mauritius can be reached easily via international flight from any corner of the world. The city has an active network of road and harbour making it easy to travel around Mauritius. 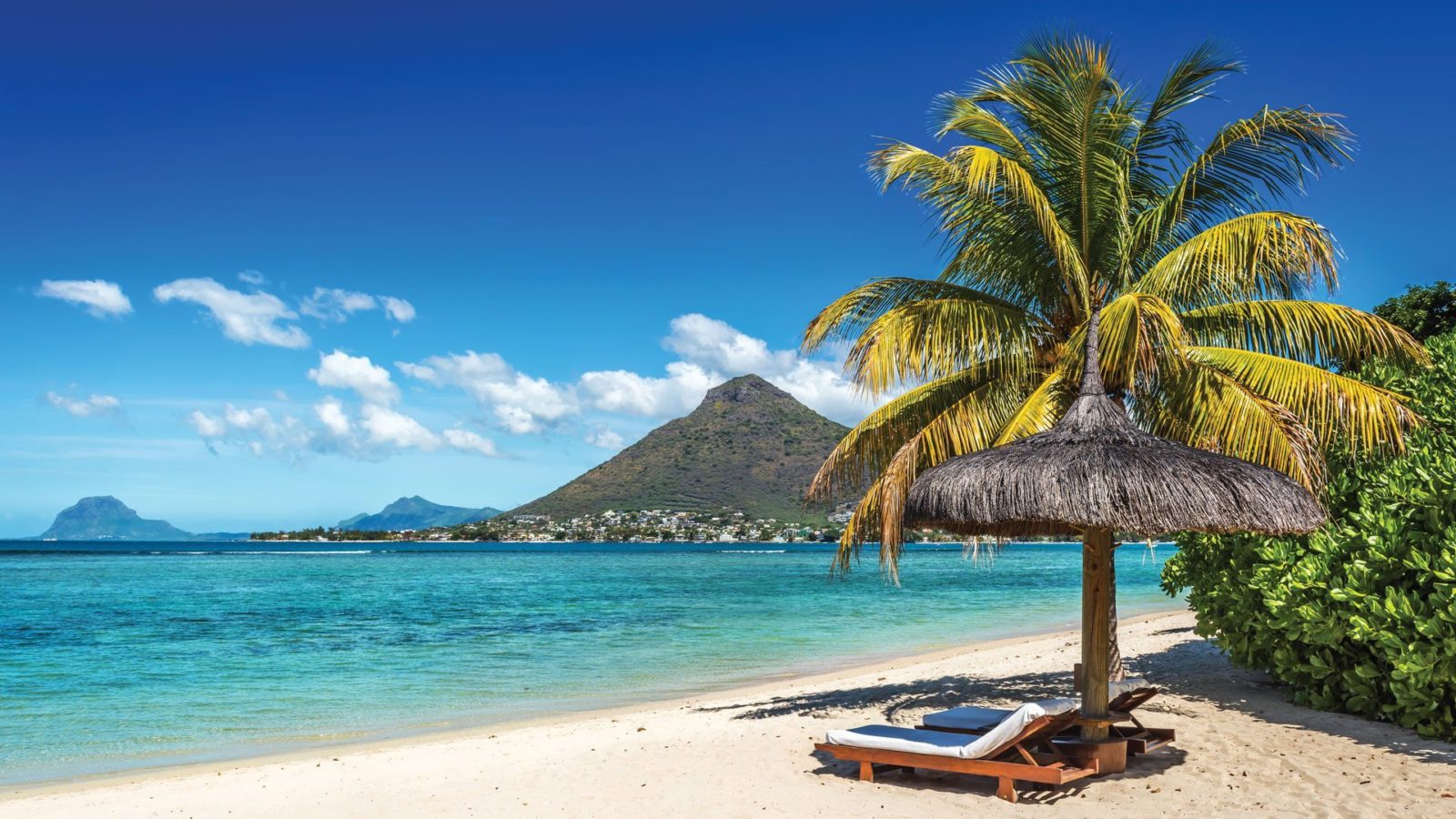 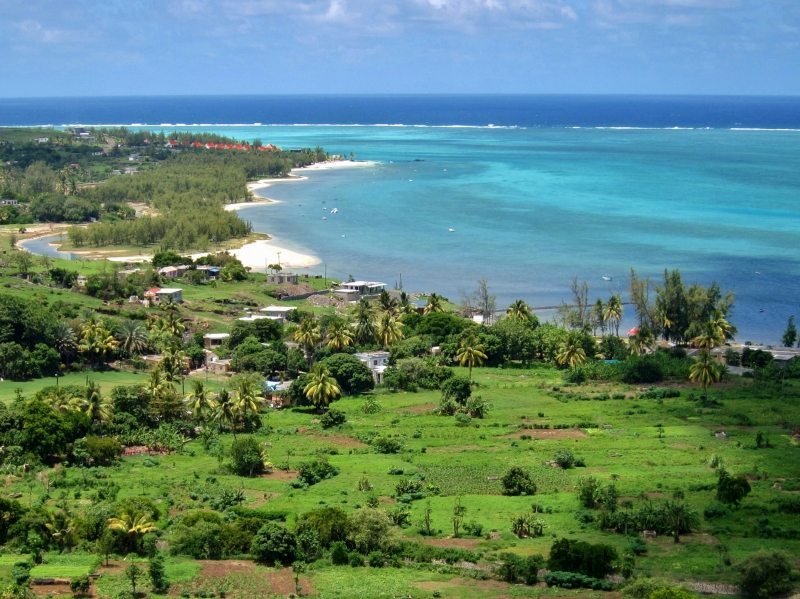 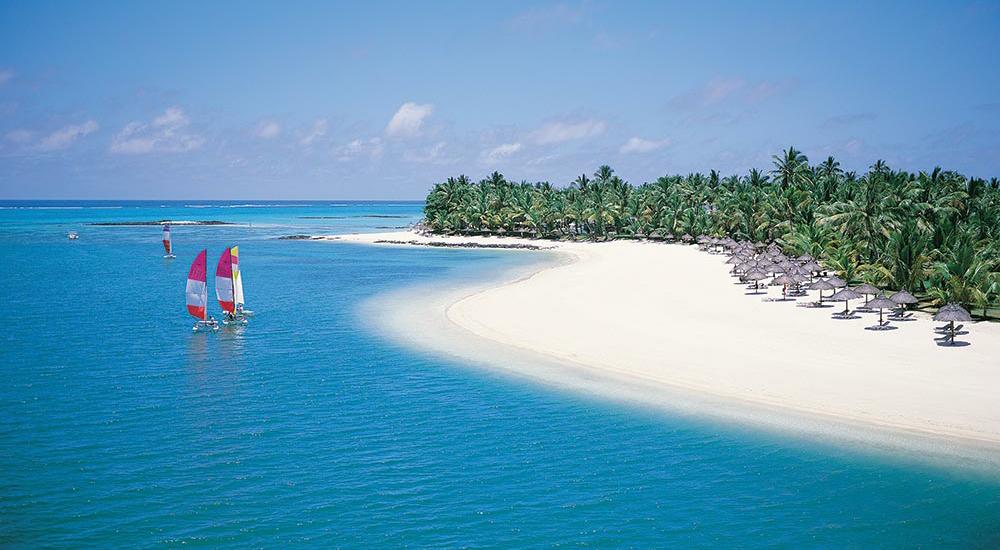 The Inland and Centers