Lake Mburo National Park stands as an interesting attraction in Uganda with diverse colour and habitat. Although the park stands as one of the smallest national parks the abundance of wildlife and rich habitat makes it alive. You can discover the lakes and forest galleries, the swaps and wetland, acacia vegetation and valleys with grasses dominating the topography. The entire regions boast a wealthy wilderness that supports 325 species of birds and the highest concentration of wilds in Uganda. It is recorded as the only national park where you can find impala, eland and klipspringer. Wildlife here includes leopards, buffalo, zebra and waterbuck, Hyena, white-tailed mongoose and a lot of nocturnal. Birdlife here includes the species of red-faced barbets and the African finfoots, papyrus yellow warblers and lot more. Not just the wilderness but the topography of the region is too diverse to make it a wonder of nature. The land there is dominated by the dry hillsides, bushy thickets, rocky outcrops, open and wooded savannah etc that supports the wilderness there. Lake Mburo, in the centre of the park Lake Mburo, forms part of a wetland along with 14 other lakes in Lake Mburo National Park. Adventure and thrill can be experienced here while cruising on the lake or going for a game drive. The hippos and crocodiles can be spotted floating on the lake.

The western edge of Lake Mburo national park houses a dense region as Rubanga forest that is a great attraction in Uganda. The wilderness of the woodland houses an abundance of birdlife attracting the visitors for photography and bird watching tours. Following your ranger guide discover the beauty and the species like Green Pigeon, Grey-backed Cameroptera and more dwelling there. 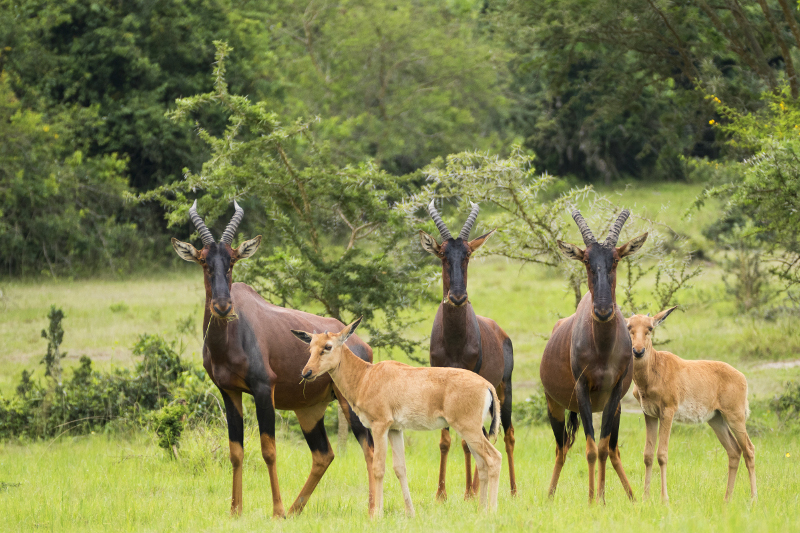 The main attraction of the national park lies at the centre as Lake Mburo from where the park got its name. The lake is a major point of interest offers some of the amazing activities like boating or cruising tours, fishing and even bird watching. The lakeside is best for safari as you can find concentrated wildlife with animals like Crocodiles, buffalos and hippos.

The salt lick lying at the middle of Lake Mburo national park is the best place to spot the wildlife from a raised platform. This salt lick is nothing but a shallow water hole with salty soils that fascinates the animals who gather here to lick the salty soil. The herd of antelopes, zebras, eland and waterbucks are mostly seen near the salt licks. 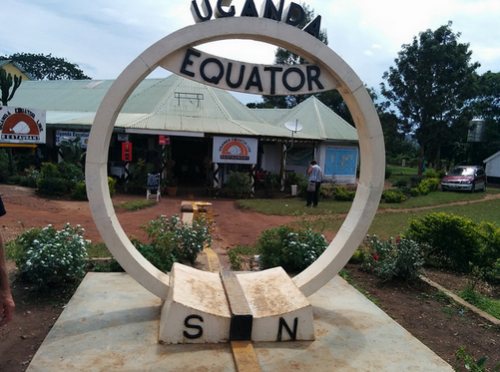 The Uganda Equator is a stopover on the way to Lake Mburo that is a tourist attraction in Uganda. As the equator runs through Uganda, visitors love visiting the spot for some photography and watching the experiments and projects running at the time. There are restaurants and cafes that offer tempting cuisines to visitors. 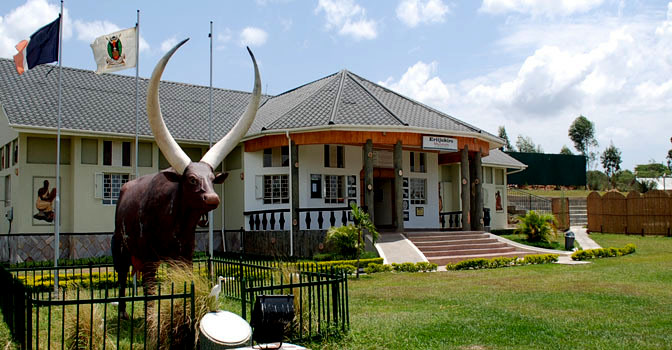 Lying at a distance of 4km from the Sanga Gate, Igongo cultural tour is one of the major attractions to explore. The centre houses the history and the culture of tribes from Uganda. The cultural institute exhibits the handicraft and art of Banyakitara people with the tribes as Bakiga, Banyankole and the Batooro.

Lake Mburo national park is a year-round destination that can be explored through the seasons. The semi-arid climate with little rainfall during the month of April makes it a destination to explore at any month of the season. The month from October to March is basically considered the best time to visit Lake Mburo national park as the wildlife get concentrated to the limited waterholes.

You can even plan the tour from June to August or December to February as the dry season favors the game viewing and other tours. The national park boasts lush green scenery from March to May and September to November with rainfall during the wet season.

Things To Do In Lake Mburo National Park 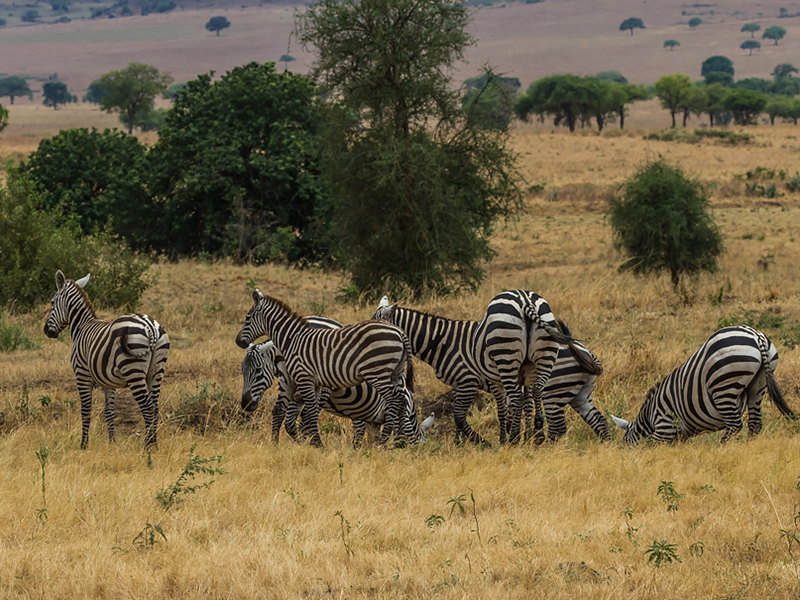 Lake Mburo national park houses an abundance of wildlife making it an ideal place for safari in Uganda. There are morning game drives and evening game drives arranged for the visitors where they can spot the Zebra, Impala, Buffalo, Warthog and Waterbuck with herds’ elands. The bushbaby, pottos and leopard can be seen during the night game drive.

Lake Mburo National park is the only place in Uganda where you can enjoy the horseback safari tour. Mihingo lodge organizes the activity here under the guidance of experts where you can discover the wilderness and the diverse topography as savannah, the wetlands and grass fields. Explore the wildlife and the captivating lush scenery of the region while enjoying the horse ride. 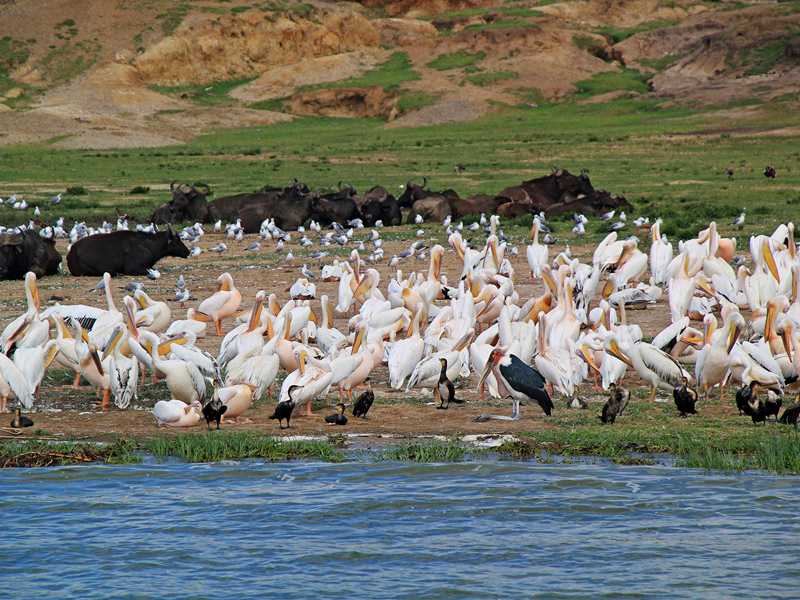 With the diverse species of bird from the viewing platforms formed at Lake Mburo national park. The salt lick, valleys of Warukiri and Miriti and Rubanga Forest region are the places from where you can enjoy the bird watching tour. You can spot the species like Wood-Dove, Red-headed Lovebird, Bare-faced Go-away-bird, Common Scimitarbill, Red-faced Barbet and more.

Lake Mburo at the center of the national park is the ideal place for a boating tour. The tour will let you experience the dynamic flora and fauna of the region. You can enjoy bird watching spotting the species like African fish eagles, pelican while enjoying the ride. There are chances of viewing the deadly hippos and crocodiles near the lake.

Hiking along the wild path of Lake Mburo National Park is the best thing to do in Uganda. The tour is accompanied by the ranger guide who will take you through the western edge of the lake, encountering the hyenas and the hippos. There are 14 lakes that offer a spectacular landscape with hills valleys and lush green filed to experience the tranquility.

Lake Mburo is a stopover to some of the famous national parks of Uganda. The road network connects Mburo lying at the western region to the major cities.